Every credit card shown is accepted WITHOUT fee. Earn Frequent Flier points
while buying at bargain prices! ALL prices are in weak Ozzie Dollars.
I charge NO nasty, nasty "Buyer's Commission" on stamps
like nearly every "Auction" does.

IMPORTANT! Every price on my lists is NETT, in weak AUSTRALIAN dollars!!
Check the low cost in YOUR currency by clicking here. 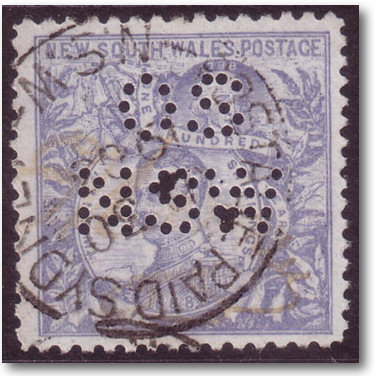 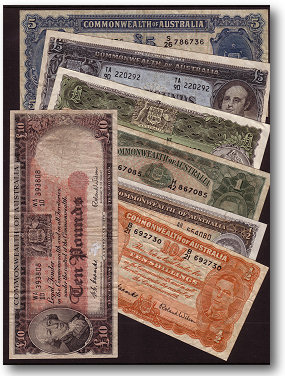 Papua New Guinea 1994 "Emergency Overprints":   I do now have, and have always had, the largest stock of these overprints in the world.  Buy DIRECT from the original "source"!  Thousands of collectors NEED this set to complete their collections.  Only 45,000 were ever printed, NONE were sold by the agents, Papua New Guinea Bureau, or even Australia Post.  Nearly all were used up on genuine commercial mail.   Not discovered by stamp world until months after all the key values all used up!  I first reported their existence to the stamp world.

Definitive sets like the 1967 Anguilla overprints are already cat at £9,000 in Stanley Gibbons ... and Anguilla has NOTHING like even 1% of the collector following of PNG I suspect. Think about it! £9,000. This PNG set has a LONG way to go yet - that seems very clear.  This PNG set selling for DOUBLE my price would not surprise me to see in the next few years. For very detailed and comprehensive background on this issue with all numbers printed etc -  see my special page on these issues:  https://www.glenstephens.com/overprints.html

Finally -  all the 1994 "Emergency" sets I sell are of course guaranteed 100% genuine.  You may ask for a Photo Certificate Of Genuineness on my security watermarked colour letterhead for this set of 11 or 20, dated and signed, illustrating in full colour the exact set I mail you. If required, this CERTIFICATE costs you an extra $A45 on top of price of the stamps, largely to cover the considerable time and messing around of individually preparing each one, typing, and scanning &c.  This is Substantially cheaper than sending it to the R.P.S. in London etc,  which takes half a year to get back, and also incurs substantial Registered airmail cost to you - in both directions.   And quite frankly, the RPS would not have a clue about these issues.  'Too Modern' they would sniff.   Years down the track when the set sells for several times what it does now, such a certificate Guaranteeing these came from original PNG sources in 1994/5 will add FAR more than $A45 to the extra price you obtain when selling.

LIGHTHOUSE STOCKBOOKS AT Under HALF THE COST OF HAGNER SHEETS !!!!! 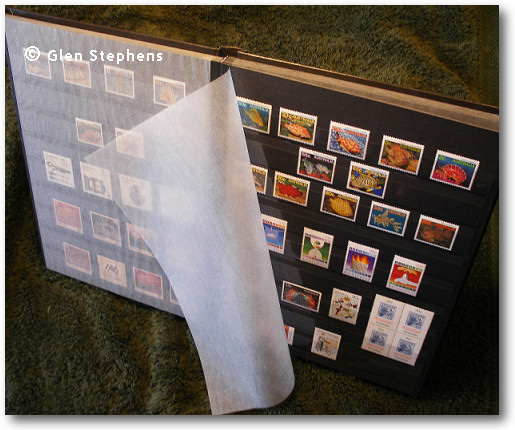 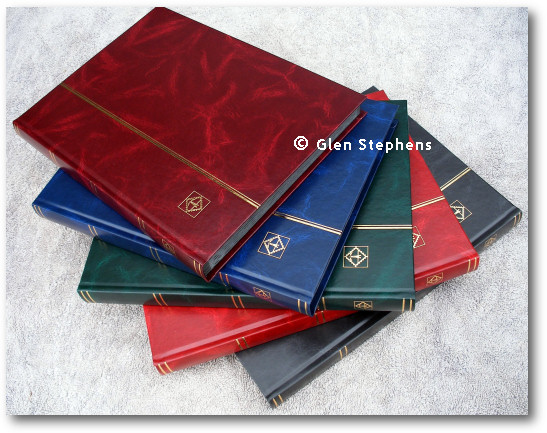 Bulk in bulk and pay 20% UNDER RETAIL!

This is a wonderful lot.   My BEST selling line all year.   Another few pallets of stock just arrived.  All BLACK pages as that is what all collectors prefer.  Your stamps look SO much better on black pages than white.  The universal best-seller 32 page size.   More details on this offer here - www.glenstephens.com/lighthouse

This new Deluxe line has really CLASSY looking covers front and back - like a rich 'marbled' leather look I suppose you'd call it.  SO much nicer looking than the boring solid colours used for the past 30 years - even by "Lighthouse"!  A lovely mix of cover colours per carton as you can see in photo.  Five different colours - 2 books in each colour per carton.  PERFECT for your fast location of your GB, NZ, Norfolk or USA or Canada collections.

These are top quality West German made "Lighthouse" books.  The BEST!  Surely your stamps DESERVE the best .... and at HALF the usual storage costs ..... why ever not?!   The photos above were taken by me, and are of the books and colours you actually receive.

These books have CRYSTAL CLEAR strips - 9 strips per page.  This is much more expensive than glassine to manufacture of course, but with glassine your stamps are always half hidden behind murky/cloudy type glassine when you look at them.  VERY few stockbooks (only a few %) sold in the past 25 years have CLEAR strips, as the cost to make them is high.  Strong LINEN HINGED pages on both sides for very long wear, and DOUBLE glassine interleaving to protect all your stamps - and stopping the cheaper single interleaved pages from tangling and crumpling up - which they ALWAYS do!

(And yes, I will quote even lower prices on larger buys - dealers, re-sellers or collectors with a LOT of re-housing to do please enquire!)

Postage and insurance is of course extra, but as always, I use carefully selected, light cancelled, philatelically VERY valuable stamps and se-tenant strips, small run modern mini sheets of 10 etc on every carton mailed, so the "real" shipping cost is often basically zero to you.  POSTAGE ON TWO BOXES is exactly the SAME as ONE box within Sydney!  Indeed, TO ANYWHERE within the Sydney Metro/Central Coast/Newcastle/Wollongong costs the SAME for 1 or 2 boxes - i.e. $A10 Registered post and packing in total.

Don't ask me why but if I mail you ONE stock book it costs exactly the same as TWENTY books costs!  Australia Post calls anything over 500g a "parcel" therefore 501 grams to 20 kilos costs the identical dollar figure to ship to these areas.  So you save a FORTUNE on shipping if buying your stockbooks in one order.

REMEMBER: It is a great idea to now and again re-house ALL your stamps.   At this price why not do that NOW?  Stockbooks 10-15 years old WILL have mould growing on the pages if stored in Australia.  NO doubt about it.  In any coastal areas it will start in well under 10 years.  And on black pages it is VERY hard - indeed almost impossible -  to see with the naked eye.  You WILL see it using a UV lamp - go check your books!  For a measly $23 a new stockbook to put your $1,000s of stamps into a brand new clean book makes superb sense.